Not everyone who works for Napa Valley Bike Tours gets to brag about being a “professional cyclist” (i.e. getting paid to ride a bike!). Routes must be planned. Tastings appointments must be made. Winery relationships must be nurtured. Bikes must be tuned. Guests must be greeted. Flat tires must be repaired. Tour vans must be washed. This is the team that gets it all done! 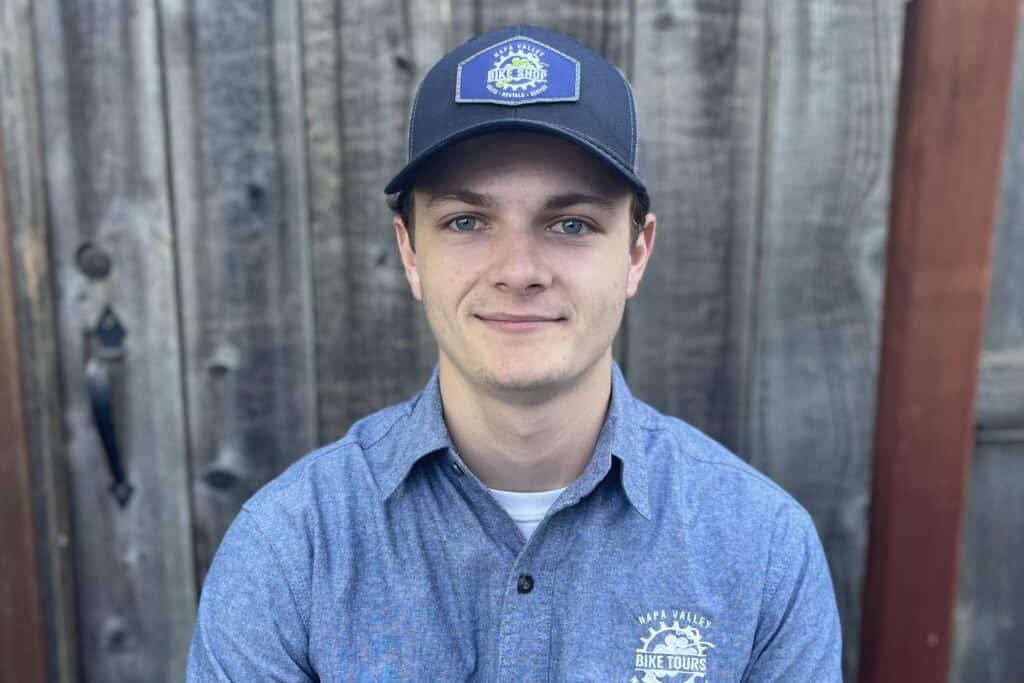 Chad is most at home on two wheels. Growing up in Georgia, he was riding bikes and motorcycles practically from the time he could walk.

Chad moved to Napa in 2020 to be closer to family and pursue a career with Cal Fire. He is currently studying Fire Technology and working towards his EMT certification.

As a relative newcomer to Napa, Chad has enjoyed playing tourist and gathering experiences to make personal recommendations to NVBT guests. His benchmark for success is when a guest returns from their bike ride and says it was their favorite day of their trip. 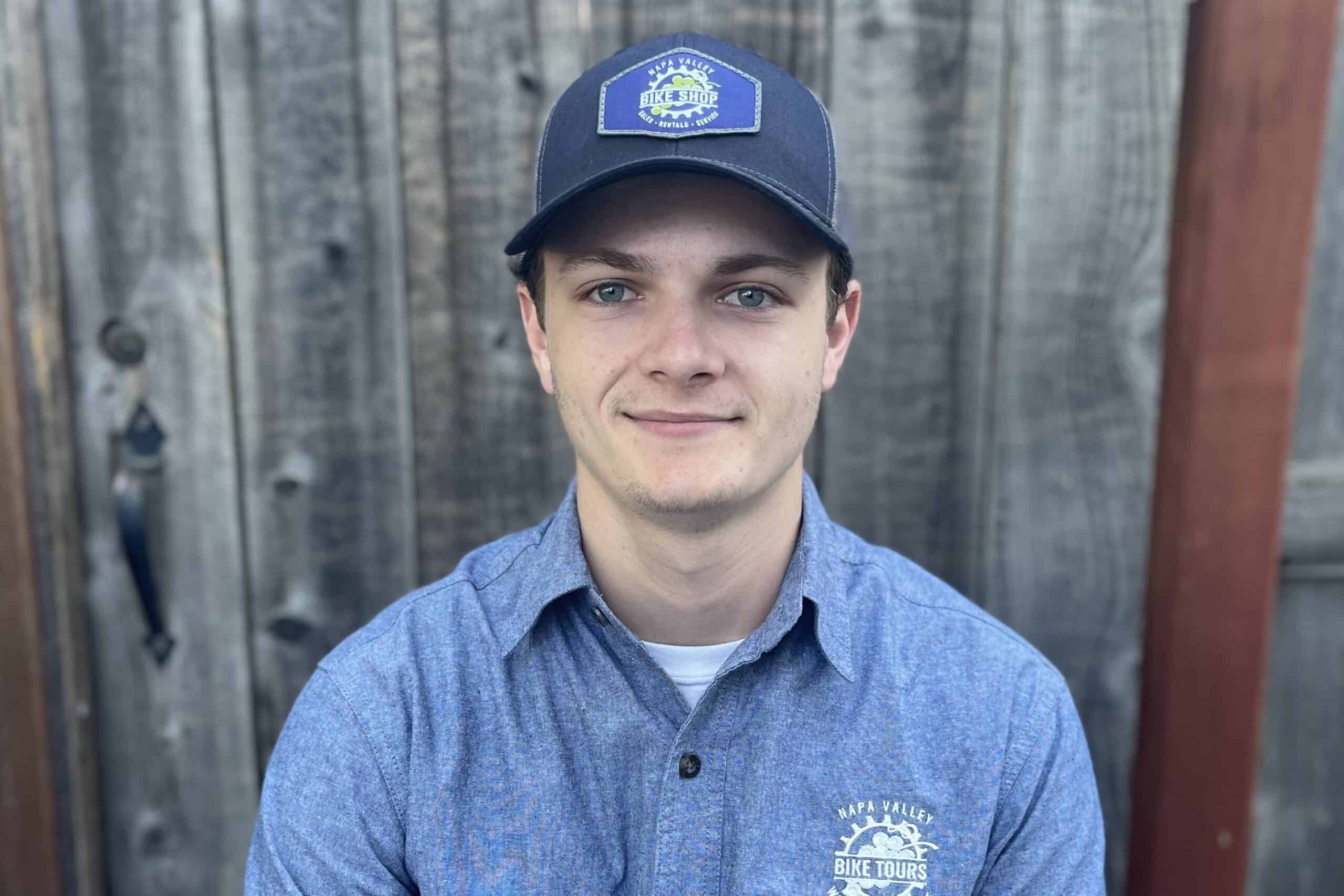 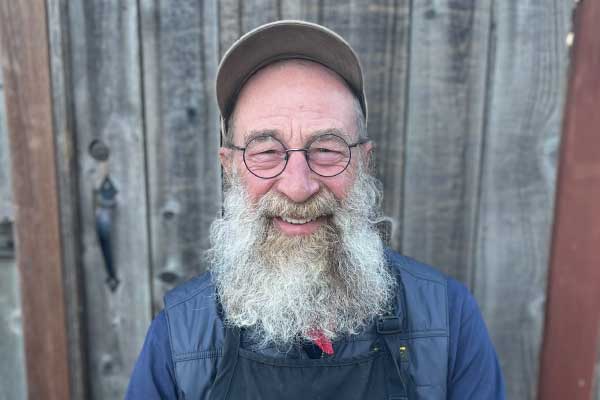 On Christmas morning 1964, Tim received his first bike, a sparkling red Schwinn Typhoon. From that 2nd grade year through high school, he and his pals spent endless weekends and summers exploring the roads and wilds of Napa County.

After earning a degree in Environmental Studies with a minor in Biology from Sonoma State University, Tim worked for The Nature Conservancy, California State Parks and The Land Trust of Napa County in various positions involving environmental education and management of natural areas. Later in his career, Tim was a teacher for 15 years.

An avid traveler, Tim loves quizzing visitors about where they're from or places they've traveled as he dreams about his next adventure. Recent travels have taken him to Spain, Morocco and Argentina. 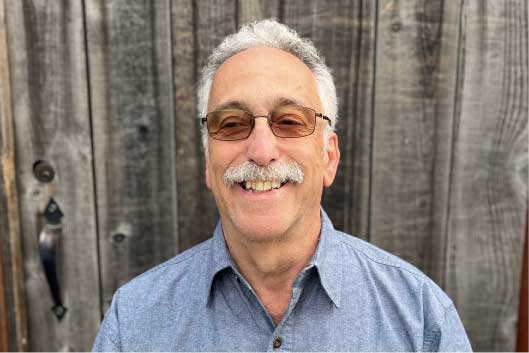 Doug spent his early childhood in Amityville, New York - thankfully not THAT notorious house! - before moving to California at the age of 7.

An avid vinyl collector, Doug has more than 400 albums, including his most prized '78 Patti Paige record, which he eventually was able to get signed by the pop-country artist.

Doug joined the NVBT shop team with an interest in connecting with visitors in hopes of inspiring his own future travels. Among the places he'd most like to travel, Italy tops his list.

Doug enjoys photography, backgammon and tennis. He is proud to have coached a middle-school girls tennis team.

In his off time, you'll find Doug driving a winding road out to the coast, ice chest packed, and the Doobie Brothers as his go-to road trip playlist. 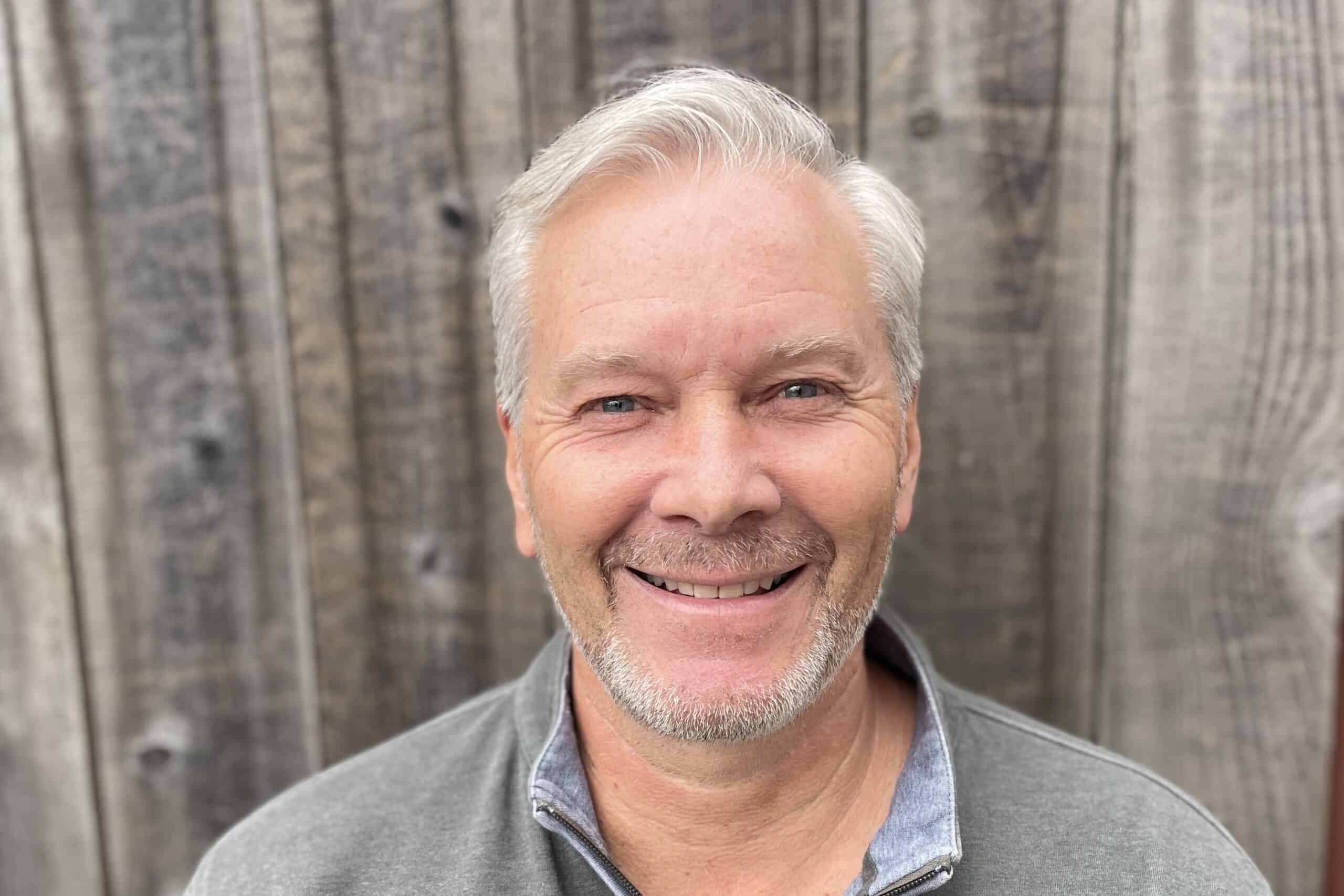 A love for wine and cycling led Brad to pick up his family and leave his finance career in Atlanta some 17+ years ago and buy Napa Valley Bike Tours.
Although tough at first, it turned out to be the best quality-of-life decisions he's ever made. He raised his three kids here in the valley while running NVBT.
Today, Brad is still an avid cyclist and also enjoys scuba-diving and snow sports. 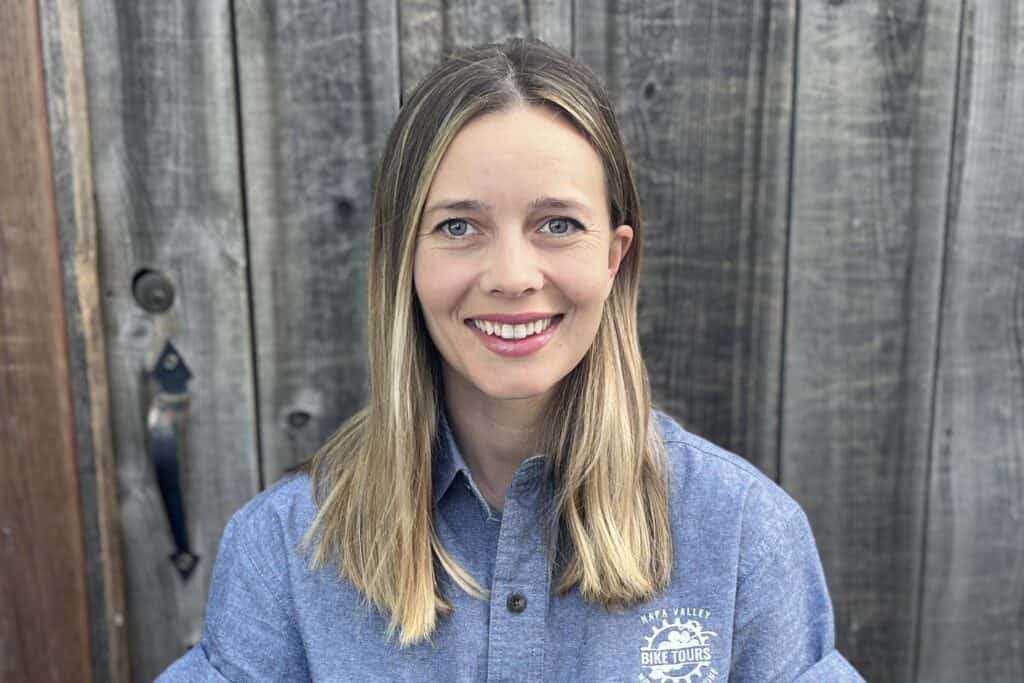 Mackenzie attended college at San Francisco State University and graduated with a degree in Fine Arts. She has an artist’s eye and soul, but a manager’s will for getting things done.

Raised in some of the greatest hot spots in the United States, including New Orleans, Las Vegas and Los Angeles, Mackenzie has an appreciation for adventure, hospitality, and great food.

Outside of NVBT, you're likely to find her skateboarding at the Oxbow Commons with her kids and husband, on the beach in Bodega Bay, or snowboarding atop the mountains of Salt Lake City where her family lives. 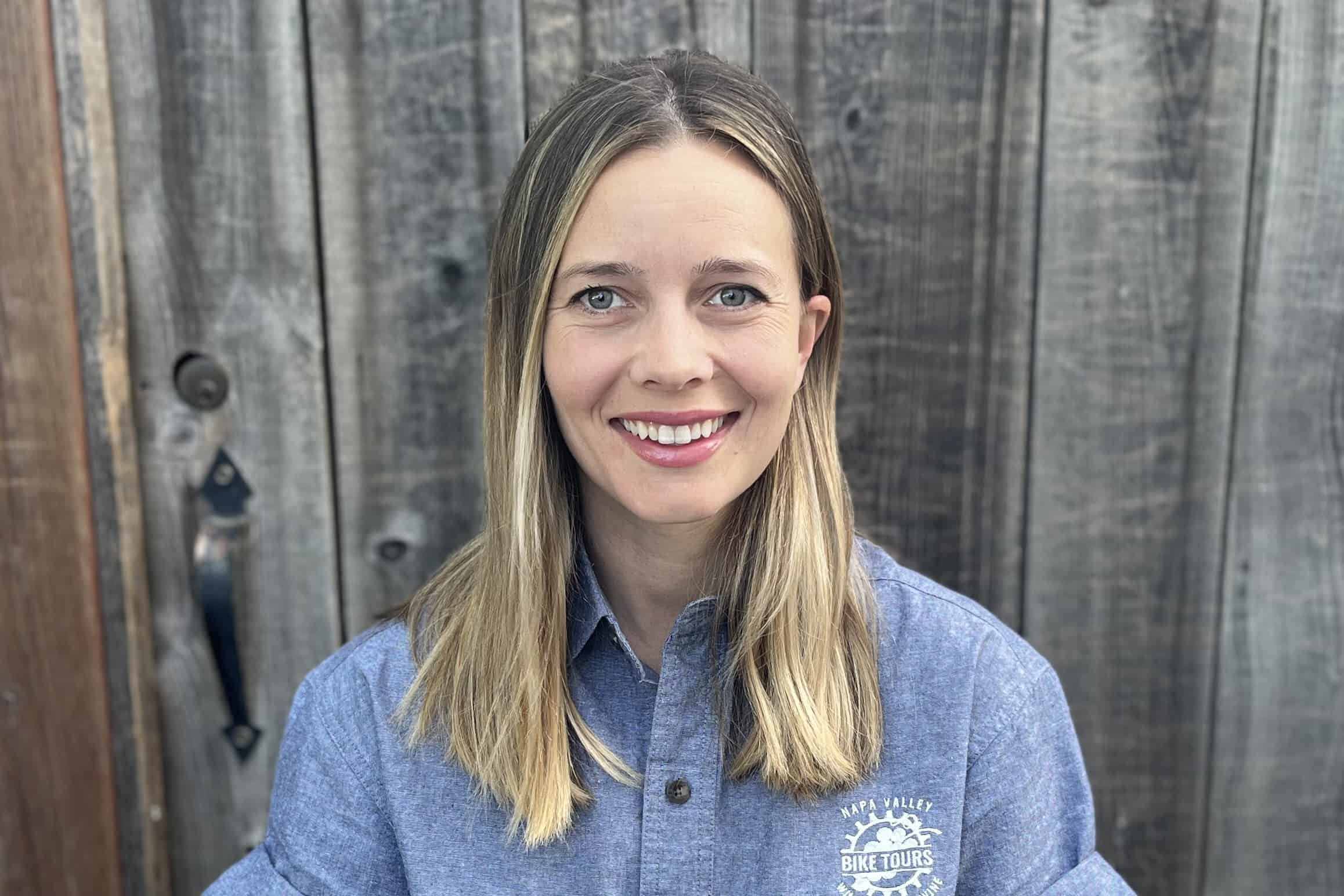 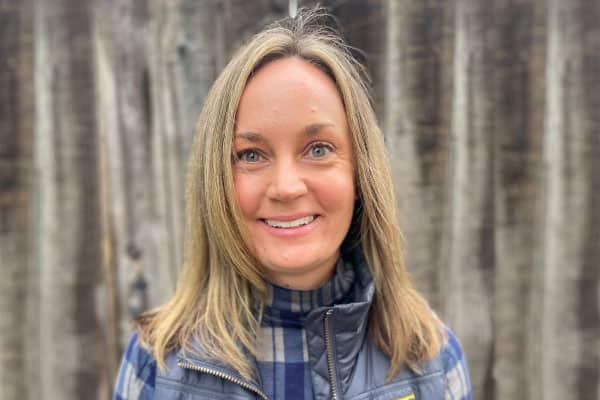 Originally hired in 2007 as a vacation concierge, Kellie's role quickly expanded to include web and print design, marketing communications and management of group sales.

In 2021, she joined the board of the Napa Valley Vine Trail Coalition to help further its mission to design, construct, and maintain a 47-mile Class I recreational trail stretching from the Vallejo to Calistoga.

Kellie studied advertising, marketing and journalism at San Jose State. Prior to working for NVBT, she worked for an event company that produced more than 30 trail runs and multi-sport events annually, including a 1.5-mile swim from Alcatraz.

She has cycled in Thailand, Mexico and France, but says the most other-worldly biking she's done was in Death Valley where a point-to-point ride through Titus Canyon was a highlight. 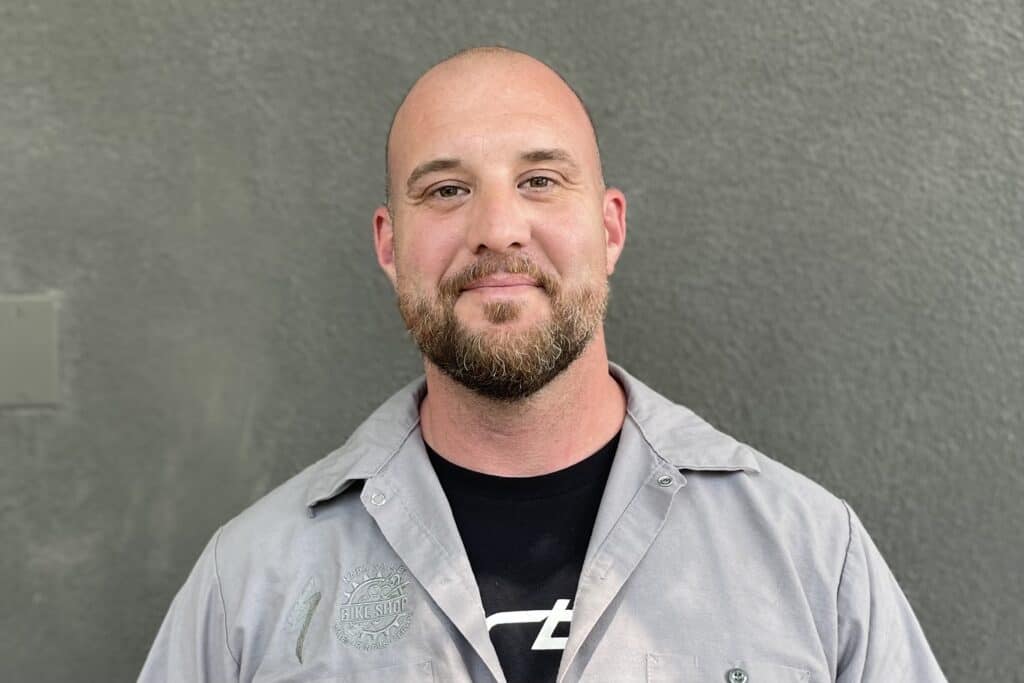 Jeremiah Johnson came to Napa in 2020 with a long history in cycling.
He got his start in 1998 riding and wrenching in New England where he learned from veteran riders and techs. Soon after, he started his work with Cannondale in their test lab testing frames, components, and pouring over specifications. Ever a student, he soaked up as much information as he could.
After leaving Cannondale, Jeremiah started his journey west. Eleven more years wrenching in Little Rock, Arkansas, and he was ready to make another jump. This time to the west coast as a manager, master tech, and bike fitter at Napa Valley Bike Shop! 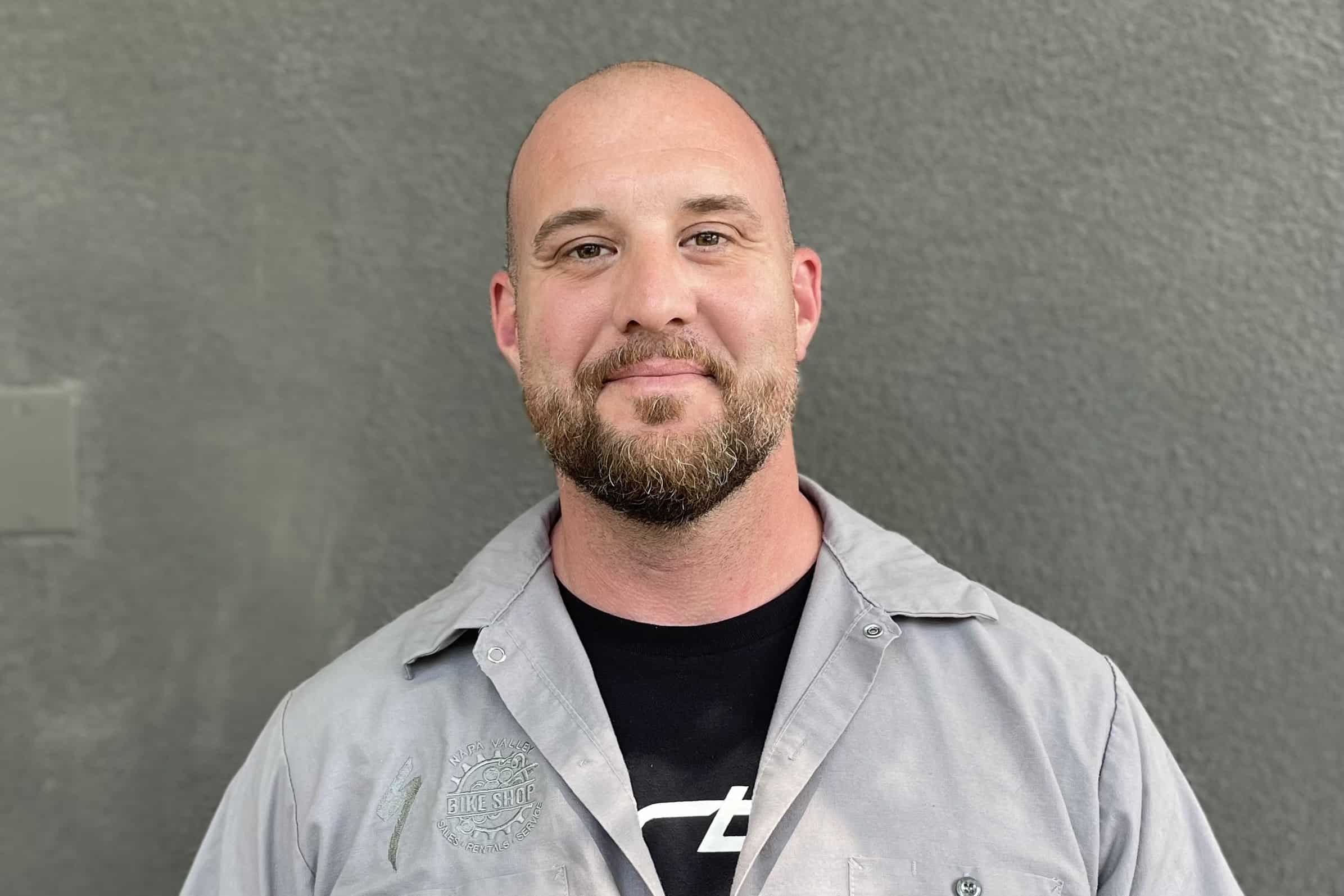